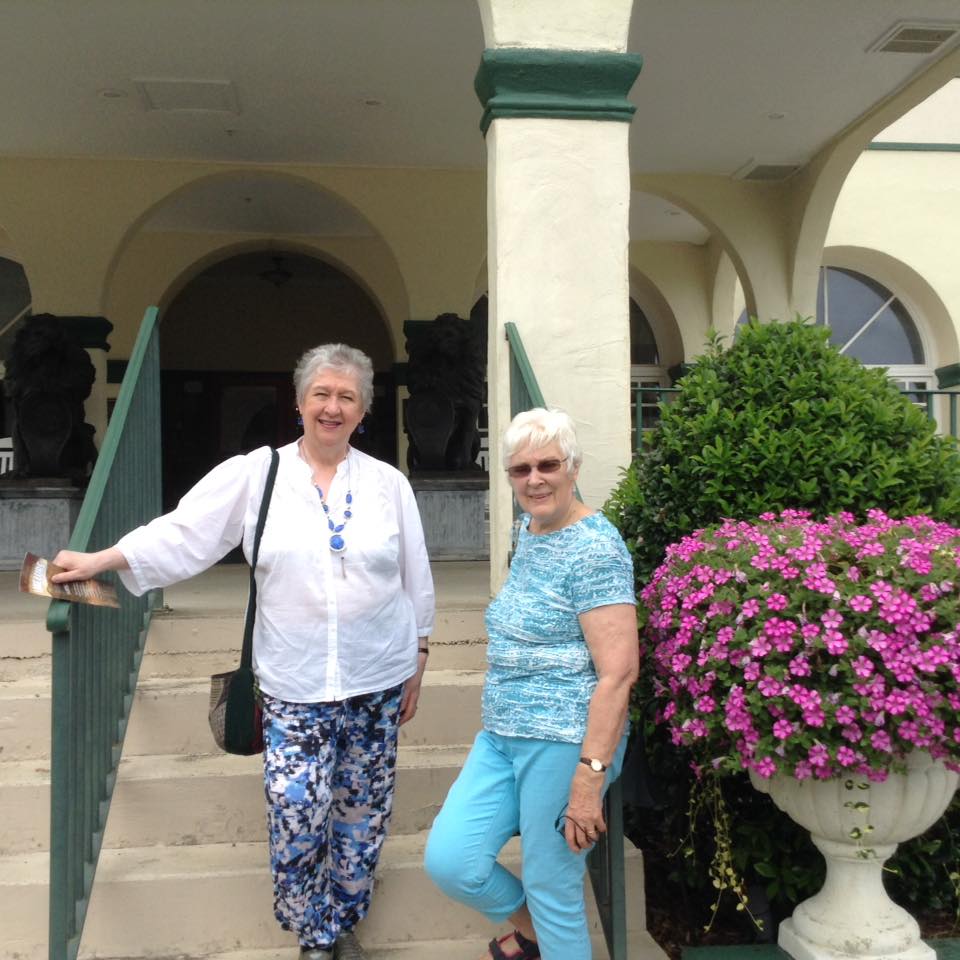 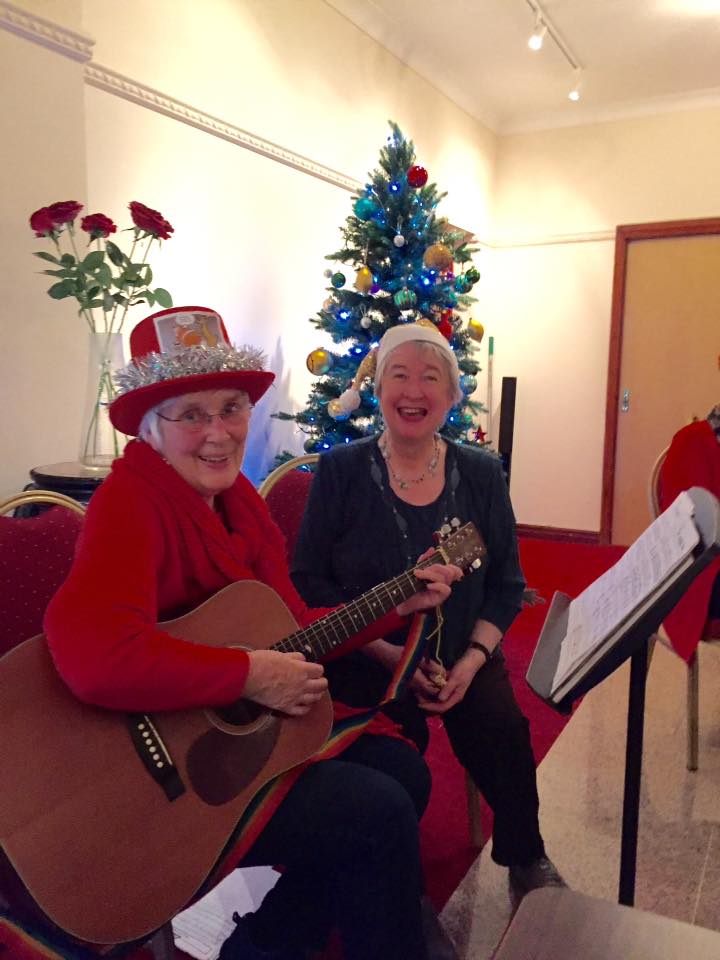 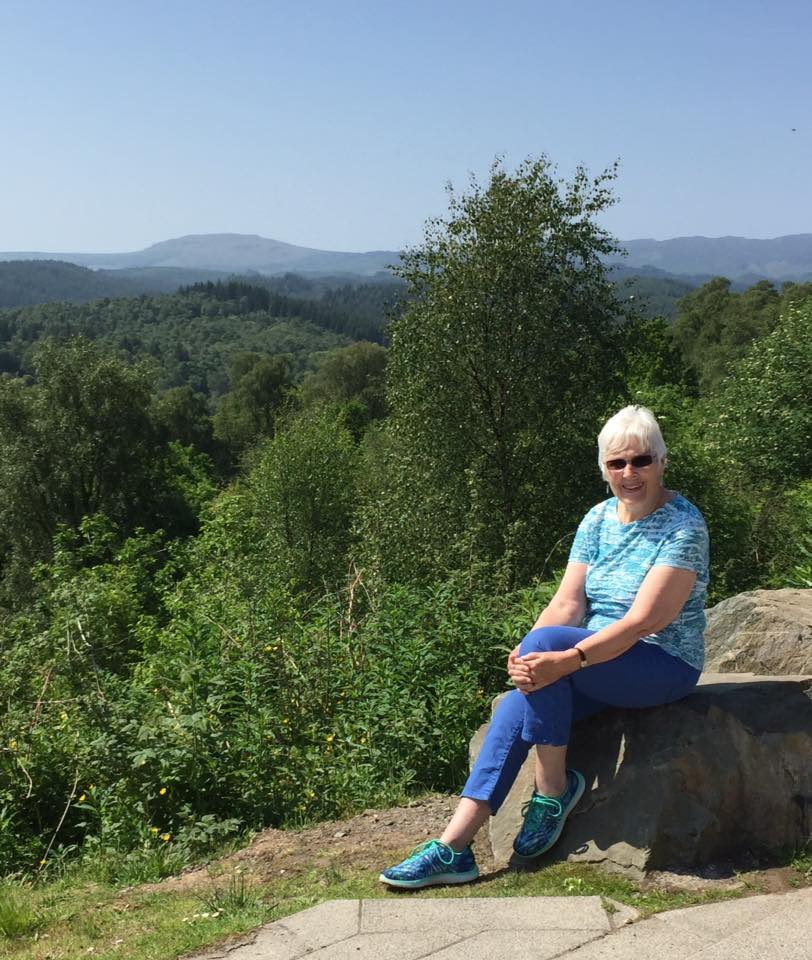 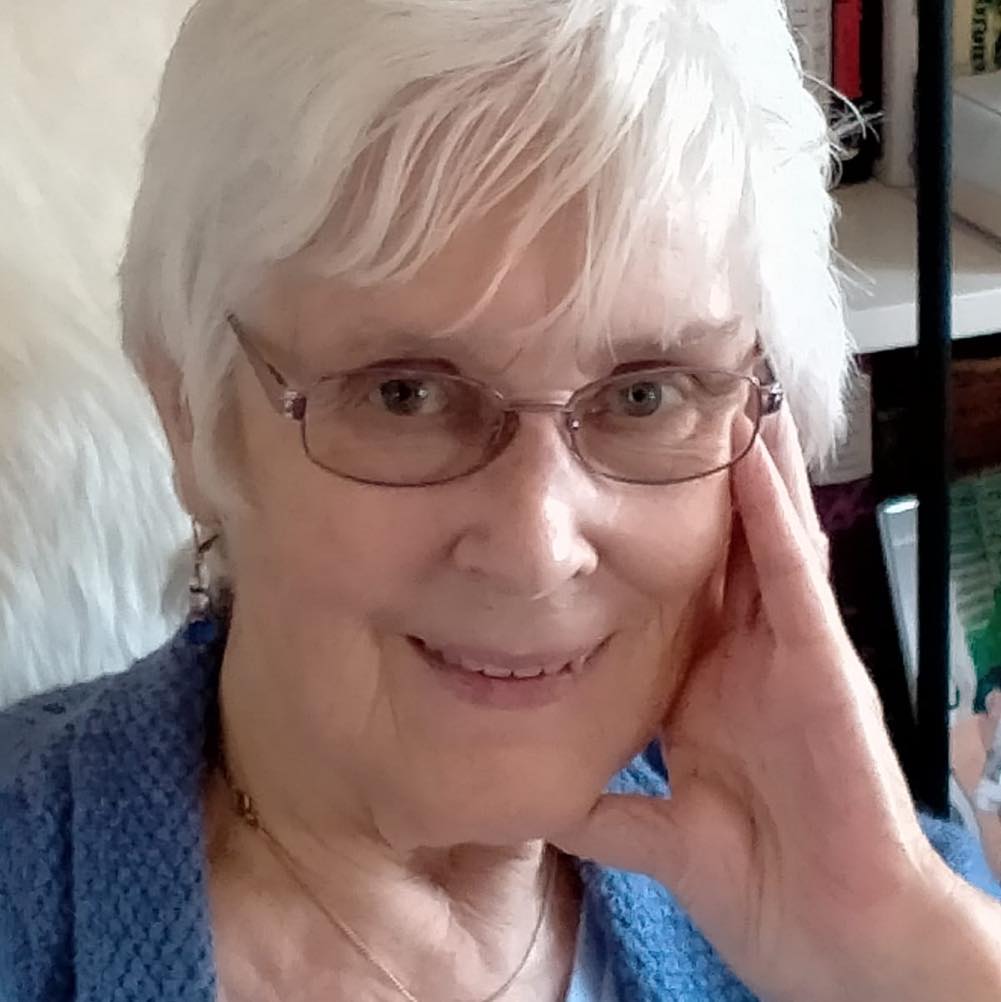 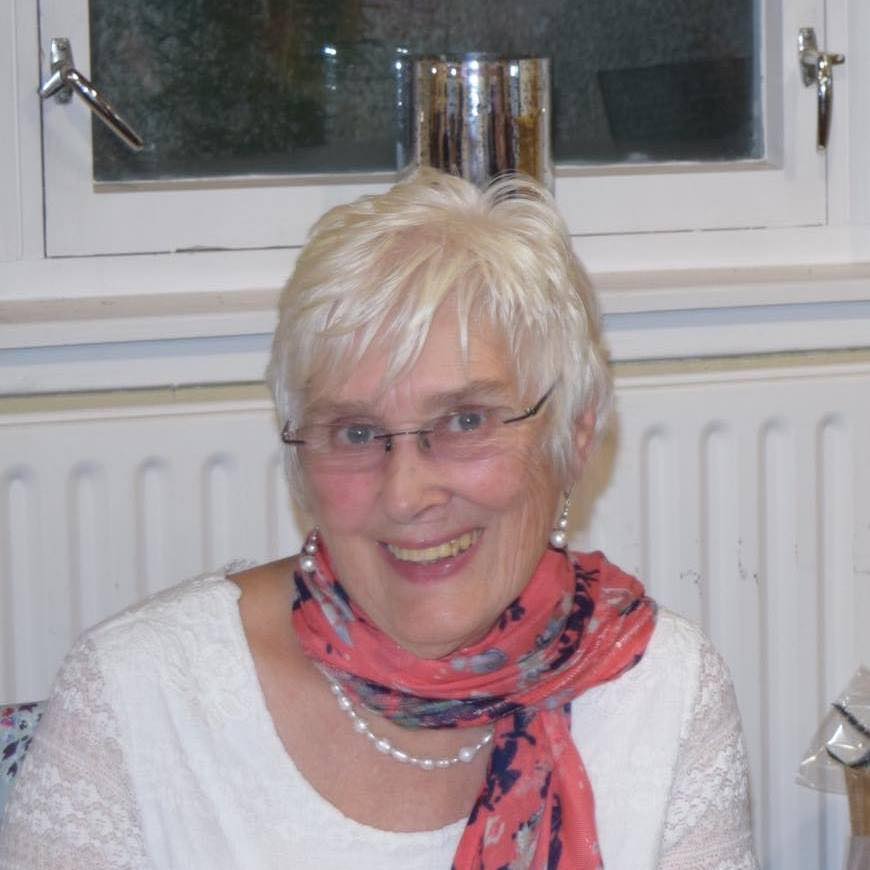 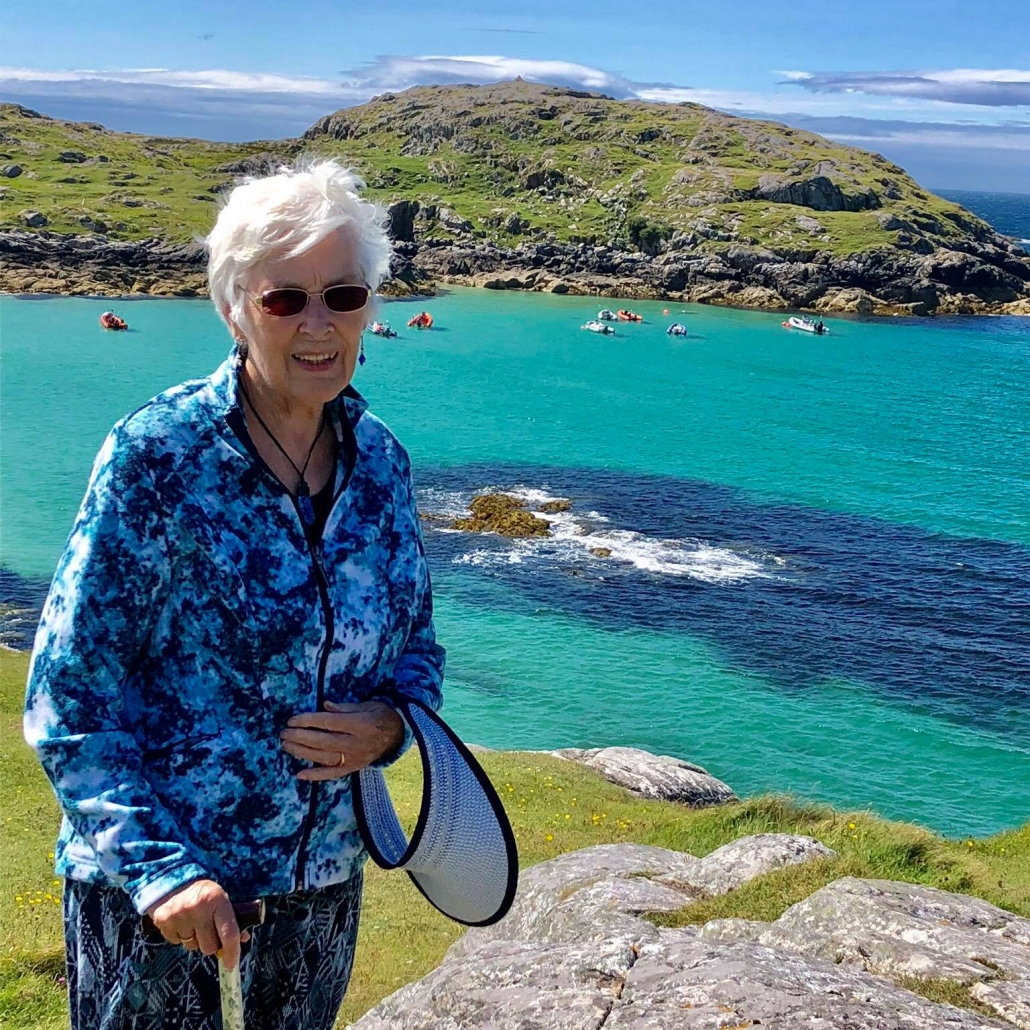 It was with great shock and sadness on Thursday that we learned of the sudden death of our beloved Pat Uren who passed away in her sleep. Almost 82 years old, Pat was a familiar figure in St. Patrick’s parish for about 35 years. A qualified Nursery Nurse by profession, Pat worked in a number of Infant and Primary Schools in the city.

We offer our prayers and sympathy to her three sons: Richard, Dave, and Nick, and their wives, Allison, Sarah, and Julia, with 7 grandchildren, and one great-granddaughter. She was very proud of her grandson Andy, who is a fine professional rugby player playing for Bristol Bears.

Pat played the guitar and was a founding member of St. Patrick’s Music Group and continued until we were all locked down last year. She also joined the choir for several years, but her first love was The Music Group. After retiring from her last post at Whitehall School, Pat joined the parish office as a volunteer working 2 full days a week and sometimes more. She became a very valued member of the volunteers and was capable of carrying out many tasks. Her main interest was running The 300 Club which she did diligently and was very good at chasing members if they were late with their membership fees; even the parish priest didn’t get away!! She had everything organised for the Big Draw next week on 11th July!!

Pat also became a volunteer in St. Patrick’s School working with the Class Teacher, Sharon King in Reception. She brought her guitar to school, taught the children songs, and played at School Assemblies. Pat was also a member of the musicians playing at Class and School Masses. On hearing of her sudden passing one of our parents has written to say that her son, now at secondary school, remembers well Pat teaching, “Kumbaya” and “Magic Penny”. Her children always came home singing what Pat had taught them.

She was a founding member with Amelia of The Widows Society in 1993 and a current member of St. Patrick’s Women’s Group.

Pat was never off the road, or the skies or the seas!!!  She loved travelling and visited many countries, some more than once: U.S.A. (Florida, New York, North Carolina), Canada, New Zealand, Australia, more than once, India, Egypt, Croatia, Spain, France, Portugal, Austria, Germany, Malta, Greece, Malaysia, Denmark, Singapore, not forgetting Wales, Scotland, and Ireland!  She also enjoyed going on Cruises.

A regular at Sunday and weekday Mass and a stalwart of the parish in so many ways, she will be sadly missed.

We offer our prayers and sympathy to all her family and friends. May she rest in peace.

This site uses cookies. By continuing to browse the site, you are agreeing to our use of cookies.

We may request cookies to be set on your device. We use cookies to let us know when you visit our websites, how you interact with us, to enrich your user experience, and to customize your relationship with our website.

Click on the different category headings to find out more. You can also change some of your preferences. Note that blocking some types of cookies may impact your experience on our websites and the services we are able to offer.

These cookies are strictly necessary to provide you with services available through our website and to use some of its features.

Because these cookies are strictly necessary to deliver the website, refuseing them will have impact how our site functions. You always can block or delete cookies by changing your browser settings and force blocking all cookies on this website. But this will always prompt you to accept/refuse cookies when revisiting our site.

We fully respect if you want to refuse cookies but to avoid asking you again and again kindly allow us to store a cookie for that. You are free to opt out any time or opt in for other cookies to get a better experience. If you refuse cookies we will remove all set cookies in our domain.

We provide you with a list of stored cookies on your computer in our domain so you can check what we stored. Due to security reasons we are not able to show or modify cookies from other domains. You can check these in your browser security settings.

We also use different external services like Google Webfonts, Google Maps, and external Video providers. Since these providers may collect personal data like your IP address we allow you to block them here. Please be aware that this might heavily reduce the functionality and appearance of our site. Changes will take effect once you reload the page.

Please join us for our live streaming: Mass is at 9am Monday, Wednesday, Thursday, Saturday, 7:30pm on a Tuesday, 12-noon on Friday, 8:30am and 10am Sundays. View our services here or on YouTube or Facebook at the scheduled times.